What is the difference between foal and pony?

Horses are not treated as pets. However, they are as good as dog pets and other pets. The foal is a baby horse. They are not more than one year of age. Ponies are part of the equine family.

Foals and ponies are mistaken for each other as they look alike. Both are small in body size. However, the foal will grow big but the pony will remain the same size.

The main difference between foal and pony is that a foal is a baby horse while a pony belongs to the family equine but it is naturally short. 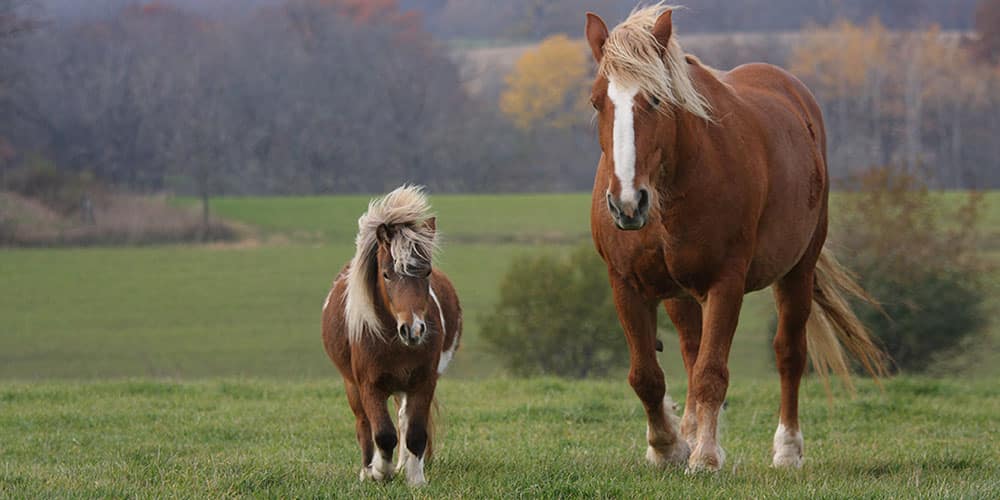 What is a Foal?

The foal is a baby horse. They are horses not more than one-year-old. They take 11 months in their mother’s wombs but after birth, they grow very fast.

After birth, they are able to eat solid foods after ten days. Once they reach the age of one-year-old, they are no longer called foals but yearlings.

Grown horses are used by human beings for various purposes. For instance, they are used for transportation but some are bred for racing.

Foals have the capability of escaping from their predators hence they are not commonly fed on by the predators.

They are small but their head is comparatively larger. Their legs are longer, tail and mane are not prominent in foals. Their coat is a little long and it is smooth.

They are usually playful and they always stay with their mothers.

Pony is a small type of horse that has a shorter height as compared to a normal horse. They have a thicker coat of fur and pronounced mane. They have short legs, wider barrels, and thicker necks.

See also  8 Difference Between Goat and Lamb (With Table)

They have dense bones, round-shaped stocky bodies, well-sprung ribs which are of great importance to them as they move around.

They are friendly and intelligent animals and this makes it easier to be handled by human beings. In fact, people tend to believe that it is easier to handle ponies than adult horses.

They tend to live between 25 to 30 years although some can live longer than this. Modern ponies have been domesticated in the Northern hemisphere for them to survive.

They are of different breeds and are used for various purposes. They mainly serve the purpose of enticing children and giving them rides in most adventure parks.

Main Differences between Foal and Pony

Similarities between Foal and Pony

Most people have confused ponies and foals as they appear similar physically and both are small in body size. However, the two are different from each other.

The foal is a baby horse that is less than one year of age while the pony may be a grown adult. Pony is usually short and does not grow tall. Its height is usually 147cm.

The main feature that makes foals to be different from ponies is foal is a baby horse while the pony is a short breed of horses.