What is the difference between Holstein and Brown Swiss?

Holstein and brown swiss are among the best breeds of cows in the world. They both come from Europe. Dairy farmers are really such for the breed because of their milk production rate.

There are more than 800 breeds of cattle in the world but farmers look for the two breeds; Holstein or brown swiss. 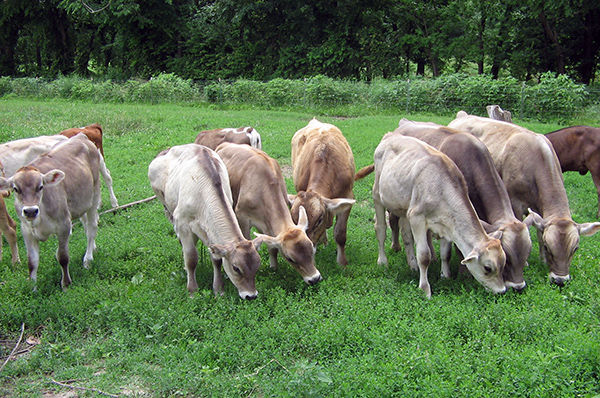 See also  11 Difference Between Hamster and Guinea Pig (With Table)

Holstein is a dairy cattle breed that originates in the Netherlands. It is the largest breed among all other dairy breeds in the world.

It is considered to be the highest milk production cattle in the world. It has black and white spots all over its body.  Few of them will come in either brown or red in color.

Although the breed is best for milk production, many Holstein bull calves have been raised for hamburgers and leather.

Holsteins are fed on a high corn diet feed. Holstein steers will grade choice 1050 to 1200 pounds. They are fed high grain finishing diets for approximately 400 days.

Holsteins were developed by cross-breeding black animals from Batavians and white animals from the Friesians. They are impregnated every year for them to continue producing milk throughout the year. It is done through artificial insemination.

The calves are taken away from their mothers either immediately they are born or three days after birth in order for them not to get used to the suckling habits.

What is Brown Swiss?

Brown Swiss is one of the largest and oldest dairy breeds in the world. It originated in Switzerland. They are calm, docile hence many people prefer to domesticate it.

It comes in either silvery or light brown in color. Having been bred in harsh climates, this breed is able to adapt to different climatic conditions.

It is large in size although the Holstein breed is larger than brown swiss and his furry ears. It is considered the second-best in terms of milk production in the world after the Holstein.

They have a creamy muzzle and dark nose, dark blue eye pigmentation which helps the breed to resist extreme solar radiation.

Their feet and legs allow them to stay long in the milking herds than other breeds. The milk from this breed is coveted by cheesemakers.

They have fertilized artificially every year through artificial insemination for them to continue producing milk throughout the year.

Similarities between Holstein and Brown Swiss

Holstein and brown swiss breeds are the best breeds known all over the world for their high milk production.

They both originated in Europe. They came into existence by crossbreeding other animals and as a result, they came up with high-quality breeds.

Although they are similar in many ways, they are different. Holstein is comparatively larger as compared to brown swiss.

The main feature that makes Holstein different from brown swiss is the body size.